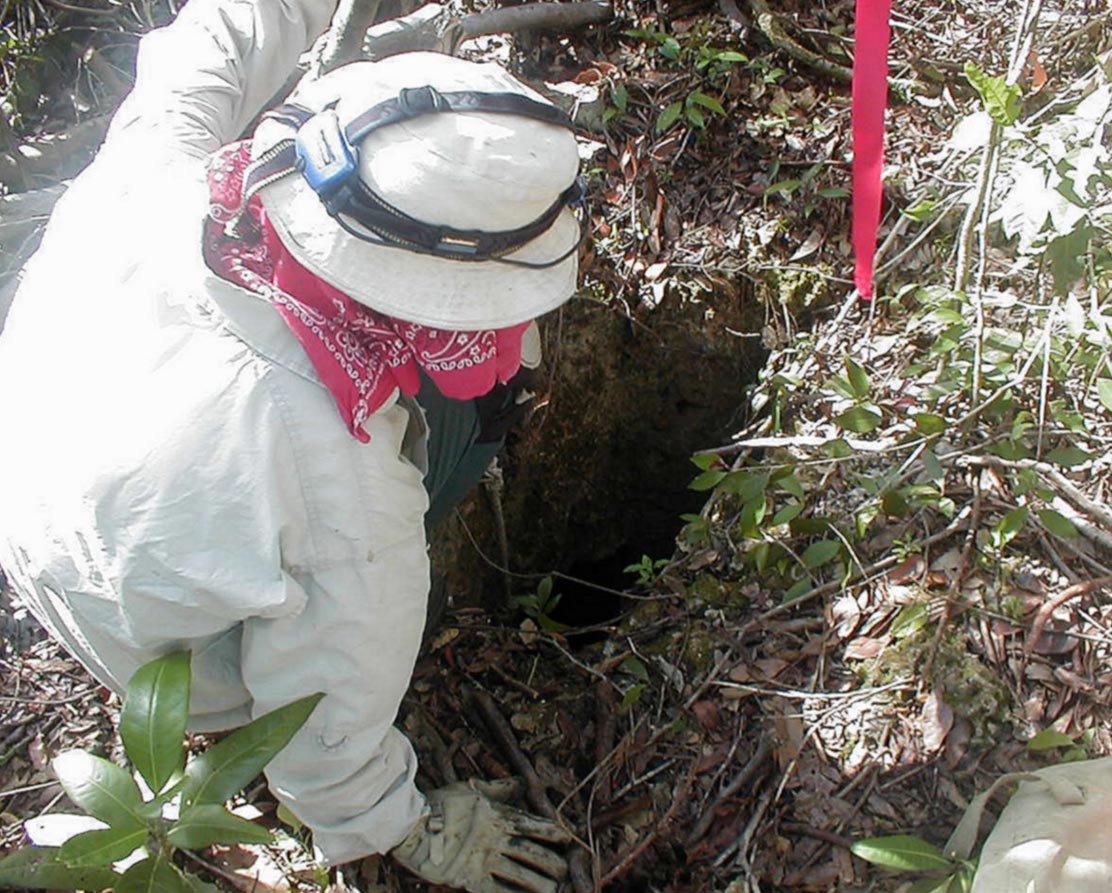 Over millennia, Florida experienced cycles of erosion and carbonate sediment deposition – mostly made up of whole or broken fossils including foraminifera, bryozoa, mollusks, corals, and other forms of marine life – as the sea receded and rose.

Coral reefs also retreated and grew with these fluctuations, accumulating 75 to 100 feet of limestone, forming Florida’s foundation. The last drop in sea level exposed the ancient reefs which are the present-day Florida Keys. Elevations of up to 23 feet at the Deering Estate document the geologic record of a time sea level was higher than present, 120,000 years ago.

The Atlantic Coastal Ridge, of which the Deering Estate is part, stretches from the Everglades along the coast of the United States to New York.  At the Deering Estate, the historic houses, and our main trails, sit atop this geological formation known locally as the Miami Rock Ridge, most prominent and visible in southern Miami-Dade County. Exposed portions of this ridge serves as a topographical barrier between Biscayne Bay and the interior basin of the southern Florida peninsula. 17 terrestrial caves are found alongside and traversing the Miami Rock Ridge, one measuring as much as 333 linear feet in length.

At the Deering Estate, visitors have a rare opportunity for up-close experiences with karst features in southern Florida, which include solution holes, sinkholes, and caves – all created by historical movement of freshwater above, around and through the highly porous limestone.