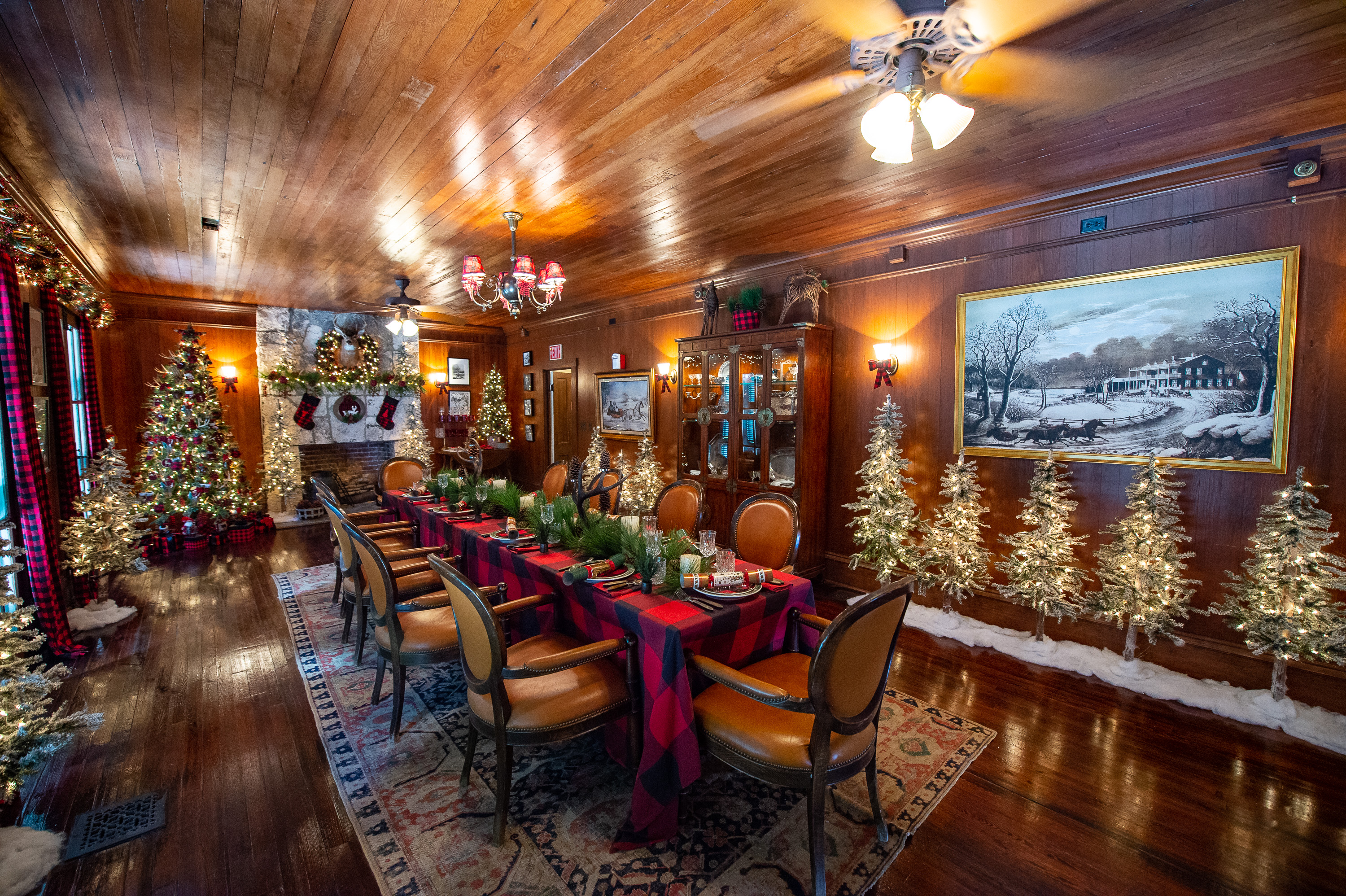 Throughout December, visitors can tour the historic houses at the Deering Estate as they come alive with holiday accents and decorations from the 1920’s. The holiday decorating program is an annual tradition, and will feature some of South Florida’s top interior designers, led by Deering Estate Designer in Residence, Alfredo Brito. Based in Miami, Brito is an award-winning designer whose talents have been recognized in important publications, including Architectural Digest, the Miami Herald, Florida Design and many more.

The Historic Holiday Décor is on display daily, December 1 – January 3, 10 a.m. to 4 p.m. and is included with general admission to the Estate. The Estate is closed on Christmas Day December 25.

This year, our designers will bring the glitz and glamour of the 1920’s to the Deering Estate. The designers will transform the Stone House with historic holiday decor, instilling in each room the grandeur and iconic beauty of the Jazz Age. Inspired by the historical significance of 1922, the year when the Stone House was constructed, holiday décor pulls from a variety of inspirations including the discovery of King Tutankhamen’s tomb as inspiration for the decoration in the library. The rest of the house will be designed in the spirit and styles of Art Nouveau and Art Deco that were so popular in the early part of the 20th century.

In keeping with the historic significance of the Deering Estate, Brito will recreate the glory of Christmas Eve in the Richmond Cottage in 1903. Guests will travel back in time to the when the Richmond’s operated the only hotel between Coconut Grove and Key West and experience the holidays as winter guests of the innkeeper, Ms. Edith Richmond.

Alongside the holiday decor, visitors will also find new permanent features of the Estate in our efforts to return the houses to their early 1900’s splendor. These include the repainting of the Great Hall ceiling and the return of two rare, centuries-old stained-glass panels known as the “Flight into Egypt.” These works were part of Charles Deering’s collection recorded in the 1924 inventory of gifts to his daughters. The two pre-17th century works of art originally displayed in the entrance hall in the Stone House depict variations of traditional Flight into Egypt motif, the holy family’s journey to escape the violence in their homeland from King Herod.

A special thanks to the designers, volunteers and returning Miami based Garden Club members who have donated their time and services for this year’s holiday decorating effort:

Celebrate Deering all year and gift a membership to family and friends this Holiday Season! Deering Estate Foundation Members enjoy year-round complimentary general admission to Deering Estate and much more including admission to the famous Deering Seafood Festival in March.

Operating Hours:  10AM to 5 PM (no admission after 4PM). Open every day except Christmas Day and Thanksgiving.