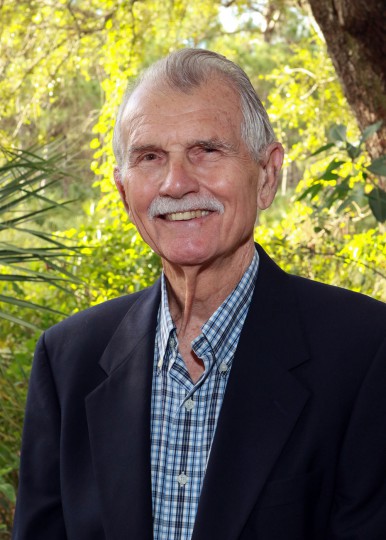 Paul is close to being a Miami native, having moved here from Ohio at the age of six.  He was in the first graduating class of Coral Gables High School, then attended the University of Florida.

Paul was employed at Pan American World Airways, then with wife Lois and son Paul Jr., owned and operated Curbside Florist from 1968 to 2010.  He is currently semi-retired and also affiliated with Sunstate Bank.

Paul served as Perrine-Cutler Ridge Rotary Club President 1988-89, Chairman of the South Dade Chamber of Commerce Military Affairs Committee 1989-90.  He was the recipient of the Russ Norton Community Service Award in 2001, and the Steven Cranman Professional Public Service Award in 2008.  Paul was a founding member of the Perrine-Cutler Ridge Council after Hurricane Andrew in 1992, and served as Chairman, then Executive Director of the Economic Development Council 2010-2011.

Paul was the first elected official of the Village of Palmetto Bay, serving as Councilman for District Two from 2002-2008.  He has been a member of the Deering Estate Foundation since 2000, and has been on the Board of Directors from 2008 to present.  Wife Lois is employed at Baptist Health South Florida in their Corporate Offices in Coral Gables, and is a member of the 100 Ladies of Deering.

Paul and Lois have lived in Palmetto Bay in their home built in 1921, since 1968, and their children Linda (and Ed Santos) and son Paul, Jr. (PJ) live close by.  Their grandson Eddie Santos has just graduated with his Masters of Accounting degree from UNC at Chapel Hill, and will be employed at Ernst & Young in Washington, DC.  Granddaughter Meghan and husband Daniel Ribiero live in Boca Raton, and we are blessed with our great granddaughter Tiffany Ribiero.