The Richmond Cottage, originally built in 1896 as a two story balloon frame vernacular home for S. H. Richmond and his family, is one of the oldest wooden structures in Miami Dade County and the last remaining structure of the former town of Cutler.  In 1899, a three story gabled addition transformed the home to the areas only inn and it became an outpost for visitors conducting the business of Henry Flagler’s East Coast Railroad. The Richmond closed for business in 1915 and was soon after purchased and renovated for a winter home by Charles Deering.

Over the next 2 years Deering added the Carriage House, Pump House and Power House to complete his self-sufficient homestead, enclosed his estate with limestone and concrete walls and built the Chinese Bridge and Deering family signature boat-turning basin.  His final structure, the three story Mediterranean Revival Stone House, designed by the Coral Gables architect Phineas Paist, was completed in 1922.

With 18-inch poured concrete walls, coffered ceilings and centuries old iron fixtures it echoed Charles’s former Old World residences at Sitges and Tamarit in Spain, but it also featured modern conveniences including a new Otis elevator.  The Prohibition Era wine cellar secreted away Deering’s extensive collection of spirits and the East facing balconies and French doors provided the beauty of sunrise views and comfort of bay breezes. It was a showcase for his massive art collection and a peaceful place for him to live out his last remaining years. 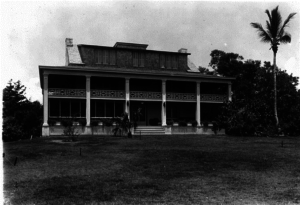 The Richmond Cottage, purchased in 1916, was renovated and redesigned to include fireplaces, gas hook-ups, electricity, and plumbing

View of the Carriage House, built in 1916 as a garage for Deering’s cars, a laundry-room, and mechanic’s living quarters.

The boat basin was constructed between 1916-1917 to house Charles Deering’s two boats, the Barbee and Mar-y-cel.

Worker posing with concrete mixer during construction of the Chinese Bridge in 1916 on today’s 72 Avenue.

The Chinese bridge, inspired by Charles Deering’s naval experience in the Asiatic Squadron.

An Afro-Bahamian worker that helped construct the People’s Dock just south of the Estate. 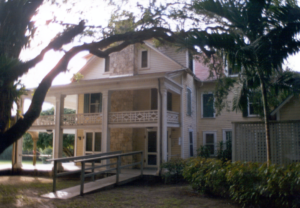 View of the Richmond Cottage in the 1980s. 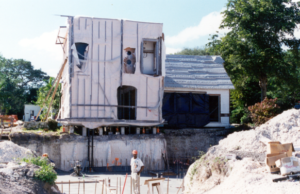 Following Hurricane Andrew in 1992, workers rebuilt over 70% of the Richmond Cottage while incorporating salvaged original materials and maintaining historic standards. 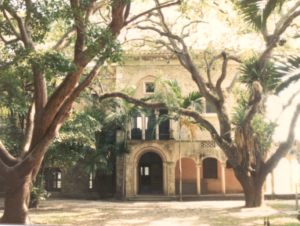 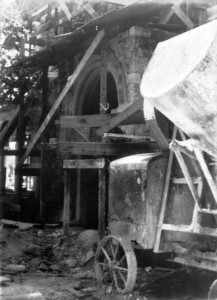 Construction of the Stone House took approximately 11 months to complete between 1922 and early 1923. 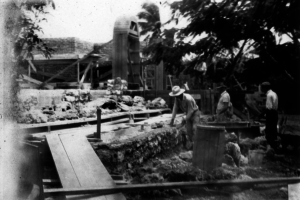 The Stone House was designed by Beaux Arts Architect Phineas Paist who is also known for his work alongside George Merrick in Coral Gables. 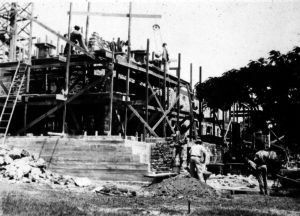 The structure is made of poured concrete with Miami oolitic limestone applied as a façade on the exterior walls. 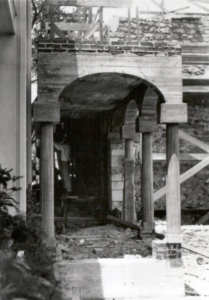 Unique concrete capitols were sculpted into place by skilled artisans. 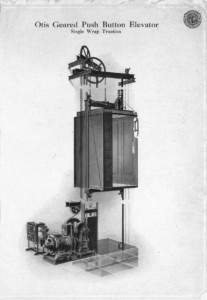 An Otis elevator in the Stone House was one of the first private residence elevators to be installed in South Florida. 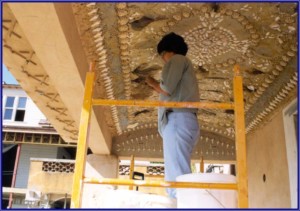 Hurricane Andrew’s powerful category 5 winds and storm surge devastated the Estate in 1992, however this special seashell mosaic was stable enough to be restored. 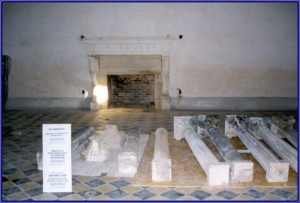 Gold Salon in Deering’s residence and art palace Maricel in the outskirts of Barcelona in Sitges, Spain. 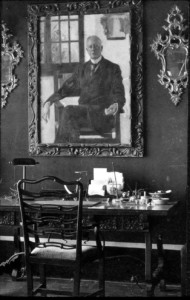 Charles Deering Portrait by Ramon Casas in the study at Maricel in 1917. 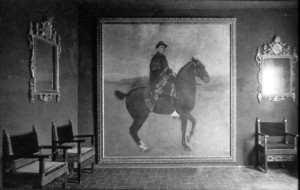 Interior of Maricel in 1917 shows Spanish decorative furnishings and master artworks that later were transferred to the Deering Estate Stone House and major museums, including this 1904 Equestrian Portrait of young King Alfonso XIII by Ramón Casas. 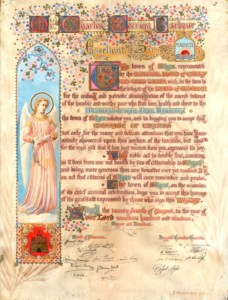 Hand-lettered proclamation thanking Charles Deering for his philanthropy to the town of Sitges in 1919. 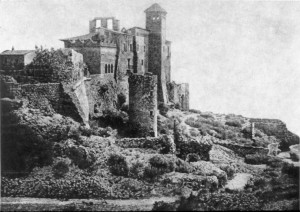 Charles Deering also purchased and financed the restoration of Tamarit, a Romanesque fortress from the 12th century in Catalonia. 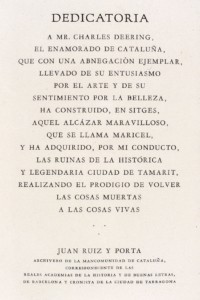 Dedication written to Charles Deering for his philanthropy in Catalonia, Spain by the archivist for the province of Catalonia ca. 1910s.