The Deering Estate in partnership with the Deering Estate Foundation is dedicated to preserving and protecting the natural ecosystems, native plants and wildlife through wise stewardship and best conservation management practices.  We work with a number of agencies and partners to accomplish this goal, including Florida Fish and Wildlife, Department of Environmental Protection, South Florida Water Management District, Fairchild Tropical Botanic Gardens, Florida International University and University of Miami, and the Miami-Dade County Environmentally Endangered Lands and Natural Areas Management teams.

Do not drop off wild animals or abandoned pets at the Deering Estate.  It is against the law, even if they are native species like raccoons, foxes, opossums, or birds. For a list of agencies that can assist with injured or abandoned wildlife, please use this helpful guide. 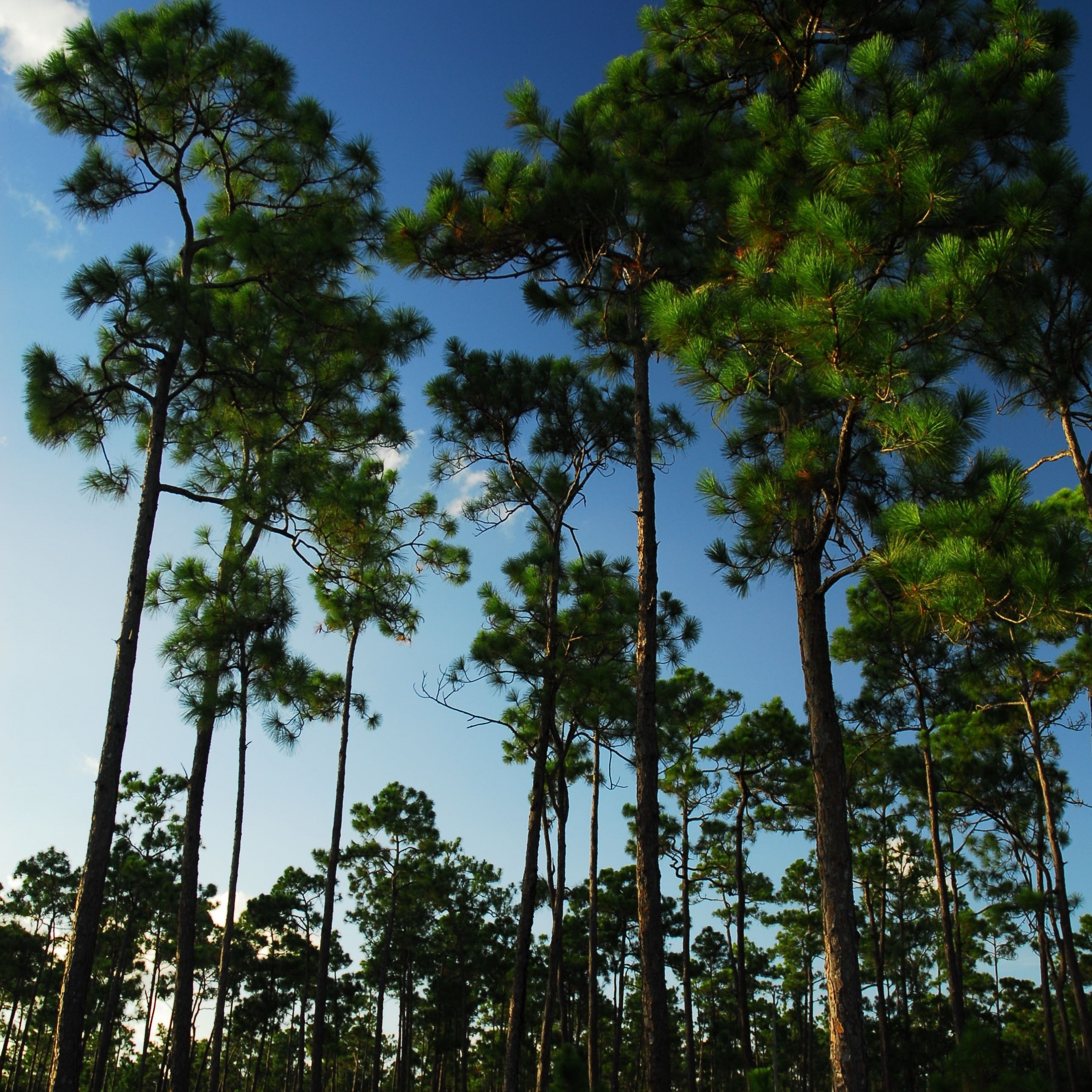 The Deering Estate has some of the highest quality and most diverse natural resources remaining in Miami-Dade County. The Estate is one of the few remaining Environmentally Endangered Lands (EEL) in Miami-Dade County.  Amongst our 8 South Florida ecosystems, the Deering Estate stewards 120 acres of pine rocklands, a globally imperiled habitat and one of the richest sources of the earth’s biodiversity.

Outside of the Deering Estate, sensitive natural habitats such as seagrass beds, coastal dunes, salt marshes, mangrove forests, tropical hardwood hammocks, pine rocklands and other natural communities continue to disappear at an alarming rate.  Within the Deering Estate’s protected archeological and ecological zones, wildlife and ecosystems are studied, restored, enhanced, and cared for by a community of partners and specialists.

Miami-Dade County’s Natural Areas Management works with outside partners to monitor native and introduced species and keeps invasive plant species at less than 5% cover throughout most of the property. These efforts result in the conservation of a vital pocket of biodiversity within Miami-Dade County. 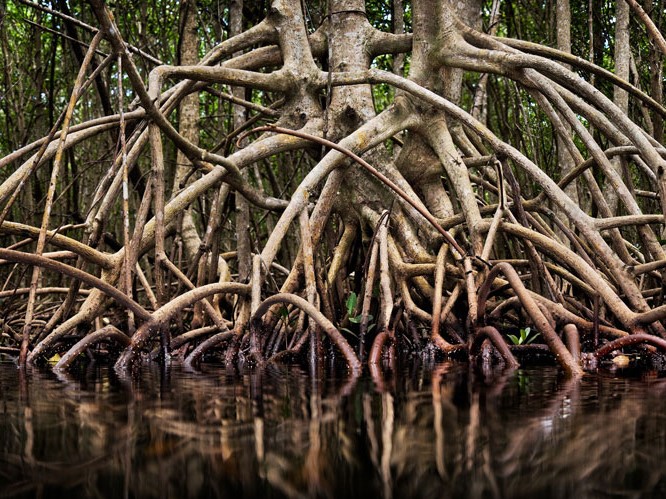 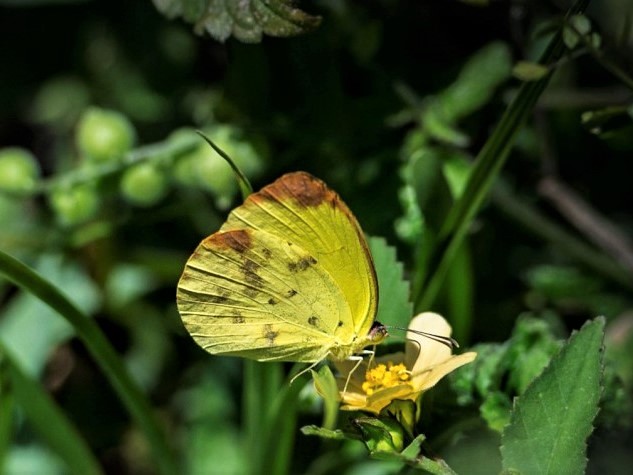 Rare and native plants thrive here, including orchids, bromeliads, ferns, and more than 40 species of trees. A variety of wildlife, such as gray foxes, squirrels, snakes, butterflies, and birds inhabit the area. The Institute for Regional Conservation notes there are 89 plant species listed by state or federal agencies as threatened, endangered, or commercially exploited that are found at the Deering Estate.

This small, shy snake is the most difficult species to see at the estate – the last report was back in 1998! They are a fossorial species, spending the majority of the time underground or hiding in leaf litter. Rim Rock Crown Snakes are named after their habitat preference, the Miami Rock Ridge. Unfortunately, 98% of the pine rocklands and tropical hammocks on the rock ridge have been destroyed making Deering Estate a critical piece of habitat for any remaining individuals. Little is known about these snakes but they are thought to be centipede specialists.

Not only is the Florida Reef Gecko the only native gecko east of the Mississippi River, it is also the smallest native vertebrate in the United States. These diminutive lizards are only found in the coastal hammocks and pinelands of Monroe and extreme southern Miami-Dade County. They are typically seen under leaf litter where they forage for small insects and spiders but can occasionally be found in open lots as well. Due to their preference of coastal habitats they are considered one of the most at risk species from sea level rise.

The Florida Bonneted Bat is the largest bat in Florida and considered to be one of the rarest bats in the world. They are only found in a handful of counties in southern Florida and there are believed to be less than 1,000 remaining in the wild. Little is known about their roosting needs but they have been found foraging on insects in several environments including pinelands, hammocks and mangroves. Due to hurricanes and habitat destruction these bats have to depend on artificial roosts (aka Bat Boxes) for refuge.

Schaus’ Swallowtails are large, brown and yellow butterflies that look very similar to the Giant Swallowtail but are only found in south Florida. They inhabit intact tropical hammocks in Miami-Dade and Monroe County where the caterpillars feed on Torchwood and Wild Lime. Schaus’ are the only butterflies in Florida listed on the endangered species list, they were listed in 1984. The estimated population is between 800-1,200 individuals and stressors include inbreeding, loss of habitat due to hurricanes and potential pesticides. Even though the estate is a known location for the species, they have not been recorded in the area since 2004.

With stumpy little elephant feet that possess powerful digging claws, the beloved key stone species known as the gopher tortoise (Gopherus polyphemus), is well known for its burrows. Considered to be nature’s red cross shelter of the pine rocklands, these 10-meter burrows with a series of chambers can host a refuge for any assortment of over 350 different species of animal, especially from extreme conditions as wildfires. They feast on an array of understory vegetation from prickly pear cactus, love vine, and gopher apple to native blueberry and saw palmetto berries. As they eat, their excrements are a perfect germination ball for future Pineland diversity of flora. Gopher tortoises are admired throughout their native range in the state of Florida and have their own special day dedicated to them on April 10th.

At the Deering Estate, our cultural and ecological “field station” represents the whole of our ecological and cultural resources – habitats, geological and archeological resources, the historic homes, the Cutler Slough Rehydration Project, and our support infrastructures like classrooms, research facilities, and outdoor labs.  As an added bonus, our field station also offers short-term overnight accommodations to visiting artists, researchers, faculty, and academia conducting research or other study projects at the Deering Estate.  The Deering Estate provides living laboratory for students, educators, and the general public who are interested in the interactions between our natural and built environments, society and nature, conservation and preservation. 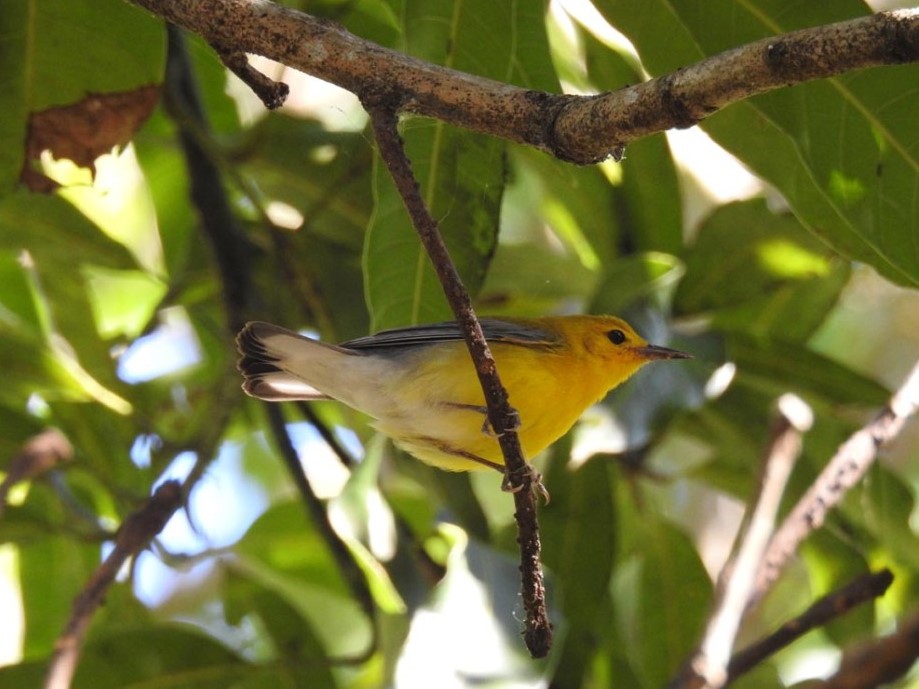 Ongoing surveys of birds at the Deering Estate have recorded over 170 resident and migratory species, including sightings of rare species such as Mangrove Cuckoo, White crowned pigeon, Black-whiskered Vireo, and Limpkin which occur often enough to excite even the most experienced bird watcher. 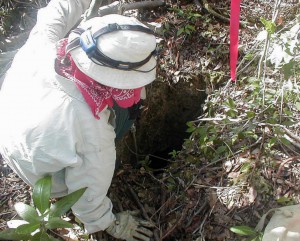 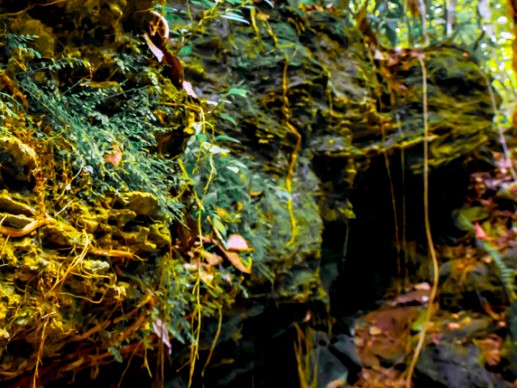 Over millennia, Florida experienced cycles of erosion and carbonate sediment deposition – mostly made up of whole or broken fossils including foraminifera, bryozoa, mollusks, corals, and other forms of marine life – as the sea receded and rose.

Coral reefs also retreated and grew with these fluctuations, accumulating 75 to 100 feet of limestone, forming Florida’s foundation. The last drop in sea level exposed the ancient reefs which are the present-day Florida Keys. Elevations of up to 23 feet at the Deering Estate document the geologic record of a time sea level was higher than present, 120,000 years ago.

The Atlantic Coastal Ridge, of which the Deering Estate is part, stretches from the Everglades along the coast of the United States to New York.  At the Deering Estate, the historic houses, and our main trails, sit atop this geological formation known locally as the Miami Rock Ridge, most prominent and visible in southern Miami-Dade County. Exposed portions of this ridge serves as a topographical barrier between Biscayne Bay and the interior basin of the southern Florida peninsula. 17 terrestrial caves are found alongside and traversing the Miami Rock Ridge, one measuring as much as 333 linear feet in length.

At the Deering Estate, visitors have a rare opportunity to view karst features in southern Florida, which include solution holes, sinkholes, and caves – all created by historical movement of freshwater above, around and through the highly porous limestone. 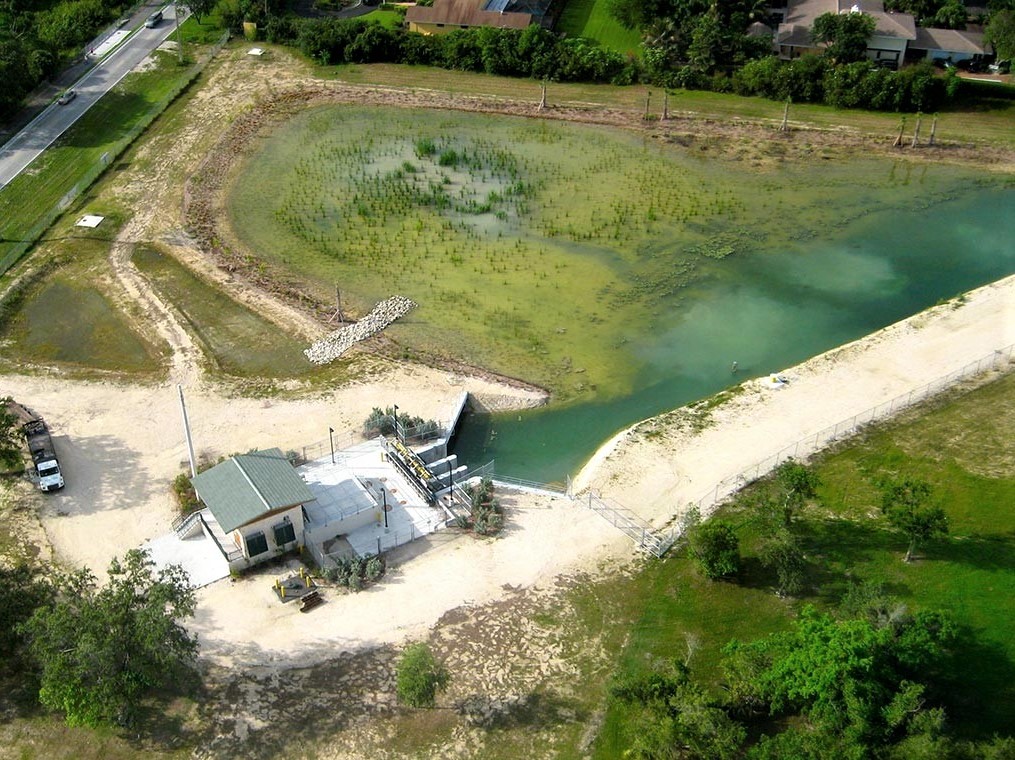 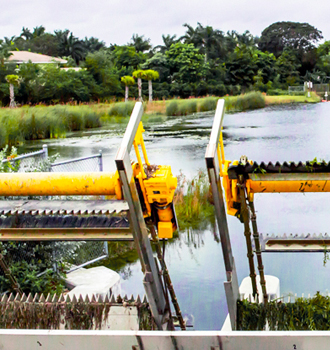 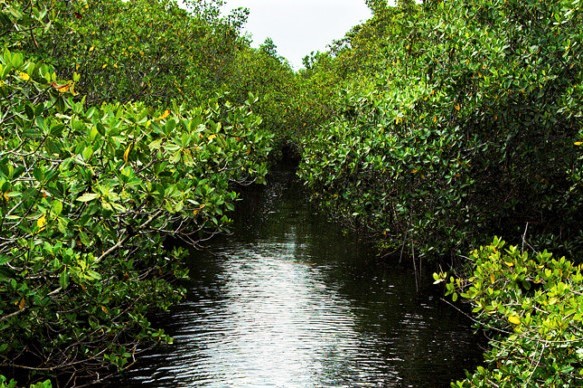 The waters behind and adjacent to the Deering Estate are part of a system of 41 protected aquatic preserves around the state managed by the Florida Department of Environmental Protection’s Office of Coastal and Aquatic Managed Areas. Biscayne Bay Aquatic Preserve provides habitat for a wide variety of juvenile and adult marine species including several of Florida’s imperiled species, such as the west Indian manatee, the smalltooth sawfish, the American crocodile, and Johnson’s seagrass. Seagrass beds, especially along the shores of the Deering Estate, are prime feeding areas for wading birds and a valuable nursery area for juvenile fish and invertebrates, including many of commercial interest.

Like Everglades restoration, the Cutler Slough Rehydration Project helps restore seasonal water flow into an historic slough (a freshwater wetland habitat) that once existed at the Deering Estate, before the local canal systems were built.  This scale model of Everglades restoration redistributes water from the South Florida Water Management flood protection canals via a spur canal and pumping station. The slow moving water is then naturally filtered as it travels through the Deering Estate’s habitats and out to Biscayne Bay in a more ecologically beneficial sheet flow manner. Components of the project include a restored educational wetland, pump station and spreader located just west of Old Cutler Road and a weir placed in Cutler Creek to prevent salt water intrusion. More than 62,000 acre per feet of freshwater redirected to historic wetlands through the natural habitats on the Deering Estate since the project completed in the Spring of 2013.  K-12 students as well as residents of all ages have been engaged in the habitat monitoring and data collection as part of a citizen science program – to encourage greater understanding, support, and advocacy of natural areas and restoration projects worldwide, with emphasis on understanding wetland habitats and water conservation in a local/regional context.

To learn more about their efforts to restore natural water flow to the Cutler area and beyond, click below:

Our Place to Connect and Celebrate

The gateway to cultural and ecological exploration in Miami- Dade

Be a part of our dynamic past, present and future.
Join us and help to preserve the legacy.

The Deering Estate Foundation, Inc. is a community-based charitable 501(c) 3 Florida Corporation dedicated to preserving and enhancing the Deering Estate, one of South Florida’s largest and most significant historical, archeological, architectural and environmental treasures.